This will be the third time since the May crash, nearly two months ago now, that price has tested that key support level.

Predator indicator continues to advise caution painting red candles for this entire down move on the weekly timeframe.

A point of optimism for bulls is that retail traders continue to short / hedge as shown by consistently negative funding rates – shaded box on the chart below.  Opening up a potential scenario of a short squeeze with market sentiment this low. 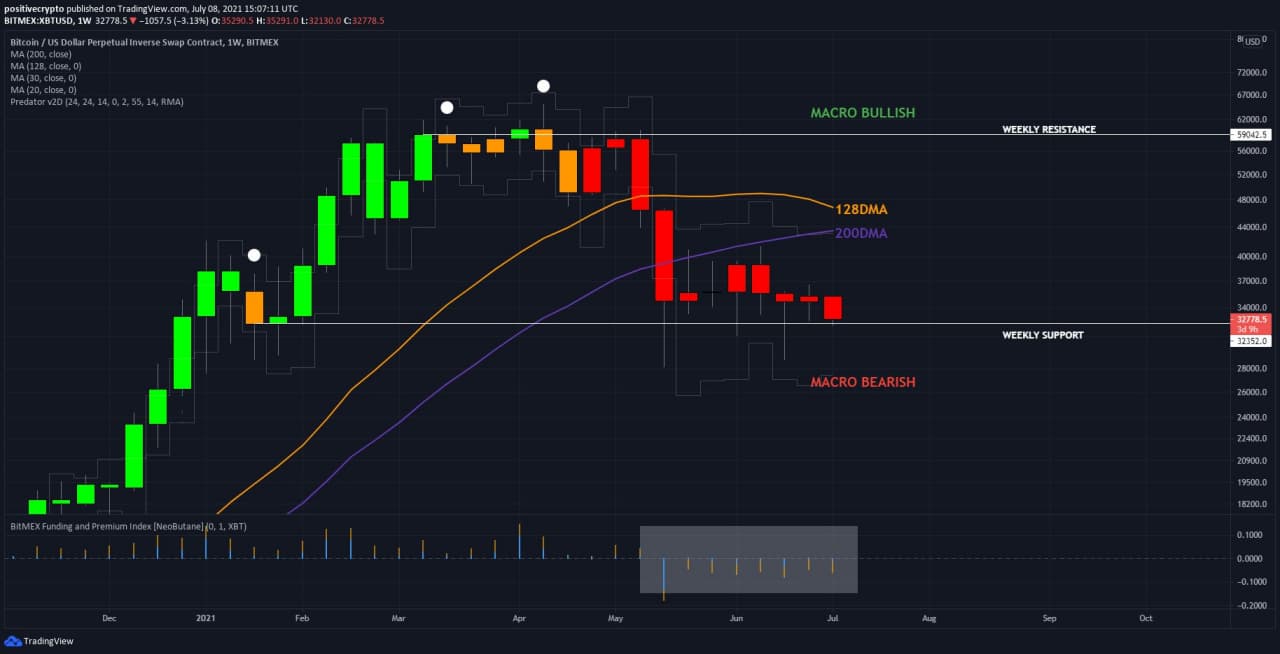 You can purchase Predator here. 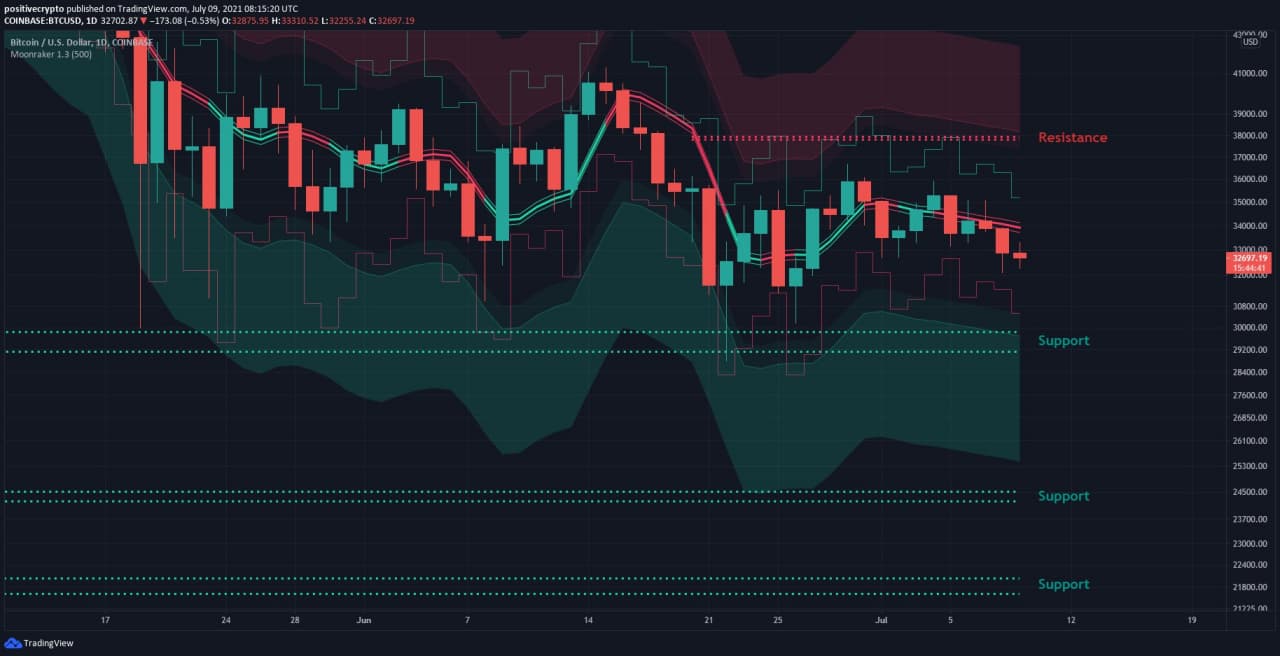 You can purchase Moonraker here.

Reviewing the balance of bitcoin on exchanges reveals that while the price has continued to be in a sideways/downtrend the past 3 weeks, the number of Bitcoin held on exchanges has actually started to decrease.

This potential change in trend does suggest that people may now be starting to accumulate bitcoin again by taking their coins off exchanges and putting them back into cold storage. 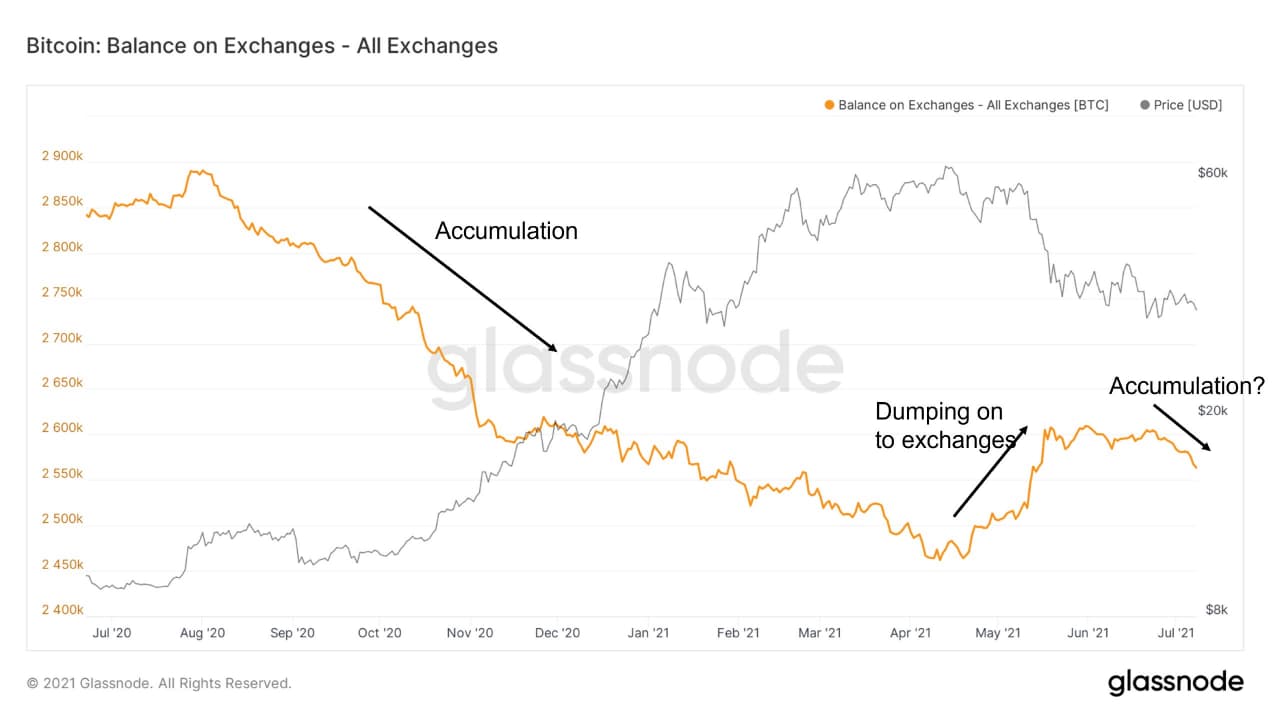 Figure 3: The number of bitcoin on exchanges is beginning to drop again as people accumulate at these prices, taking their bitcoin off exchanges into cold storage.

Should this trend continue it may signal that the market is increasingly aware that bitcoin is relatively cheap at current prices in the context of long-term future price expectations.

As Bitcoin has gone through a sustained period of low volatility after the initial May crash, it has allowed confidence to briefly come back to certain sectors of Crypto over the past two weeks.

The result is a drop in dominance after it hit weekly resistance, shown by the shaded area on the chart below. 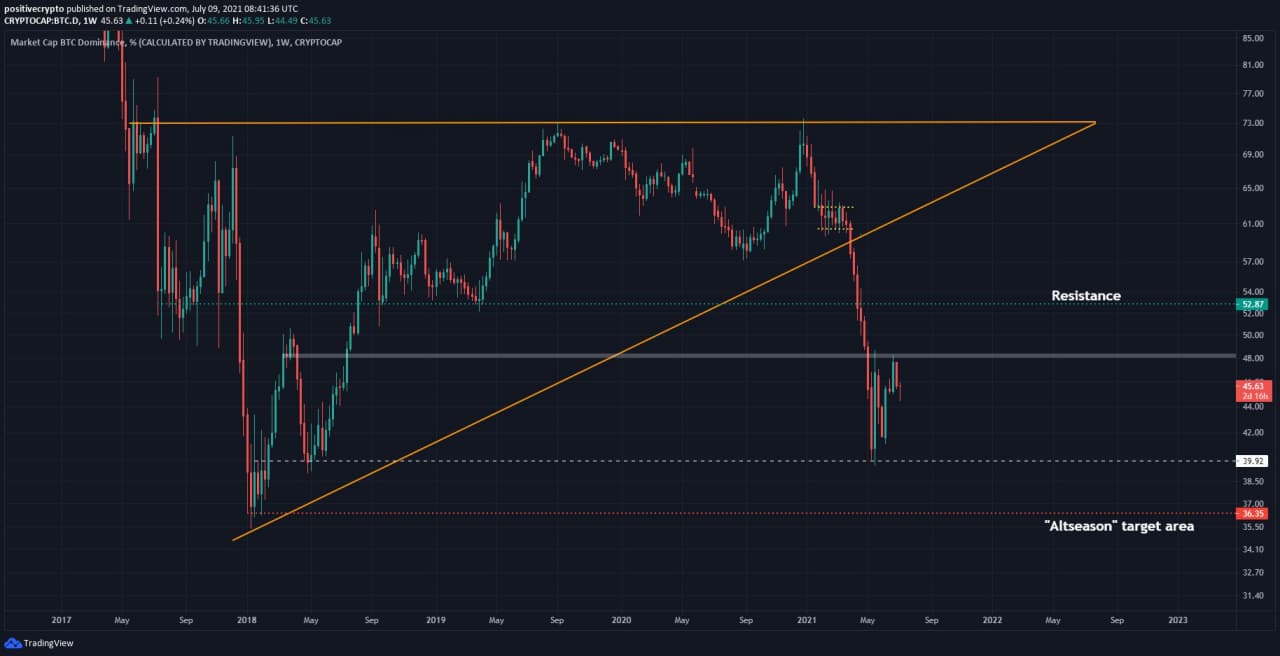 If Bitcoin can broadly hold current price levels and gradually trend up, this is likely to bring confidence back into at least some sectors of the altcoin market…driving Bitcoin dominance down further.

However, should Bitcoin put in sharp major moves either to the upside or downside, this will likely put increased sell pressure on ALTBTC pairs as market participants reduce alt-exposure risk.  This would drive Bitcoin dominance up, potentially towards resistance currently sitting around 53%.

The star performers of the past two weeks have been DeFi blue chips.

At Decentrader we track them using the Predator indicator on daily timeframes.  After becoming oversold in recent weeks, they bounced hard and have rallied up.  Predator was able to indicate early on that the DeFi blue chips were likely to trend up, outperforming Bitcoin in the near term. 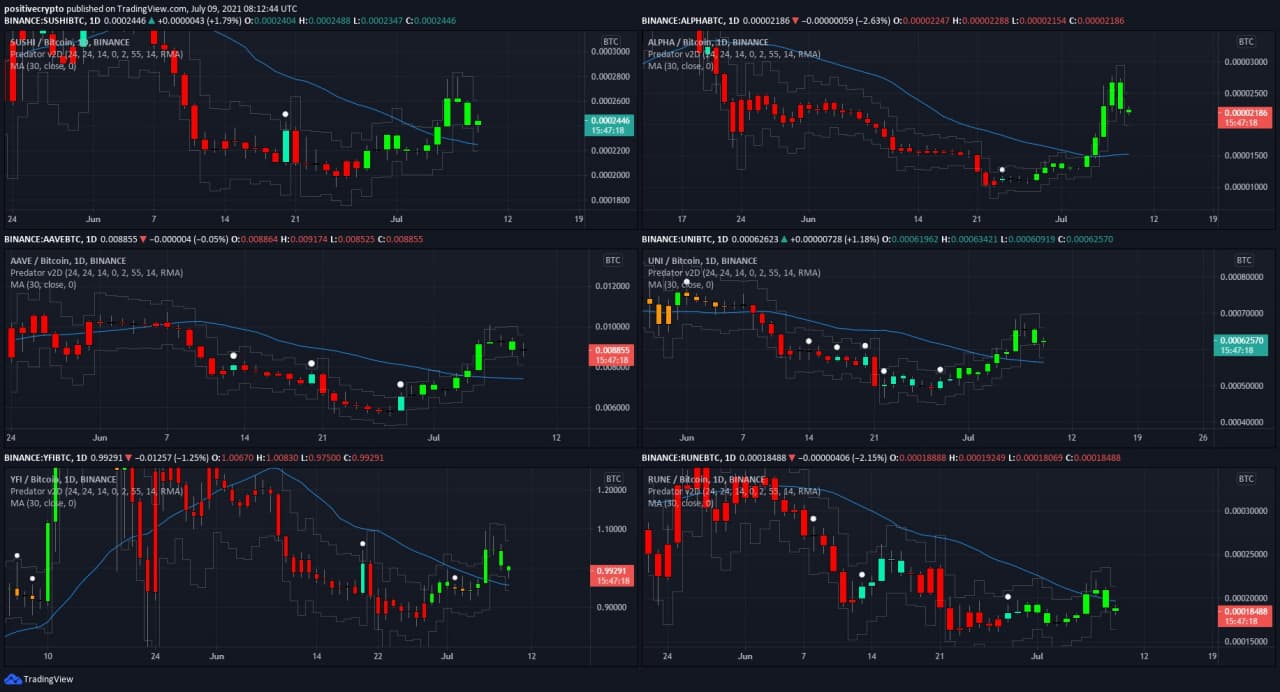 You can purchase Predator here.

Many DeFi blue chips are now pulling back from key resistance levels.  Whether they can continue to rally from here will depend largely on whether Bitcoin and Ethereum can hold their respective support levels and move up over the coming days.  If they can, then it is likely these DeFi projects will continue their uptrends.