After a strong 10-day run of green candles, Bitcoin has retraced this week and has been broadly ranging after reaching a high of $42,000. Price fell short of the 128DMA and 200DMA which are both clear resistance targets for traders as Bitcoin tries to recover from the May market crash. For now price is broadly consolidating in the $37K-$40K region. Should this current consolidation break down, the next significant support level is down at $32,000 as highlighted by the Moonraker tool. If price can break above the 200DMA, which could prove to be a major psychological barrier for many traders, then the next major resistance lies at $52,000.

The indecision around Bitcoin’s price direction the past few days is in stark contrast to Ethereum, which has been rallying hard going into the EIP-1559  launch. Having successfully reclaimed both the 200DMA and 128DMA, the price continued to rally to the upside.

You can Purchase Predator here.

The Predator indicator signaled a long trend opportunity on 22nd July.  After a retest of the 128DMA on Wednesday, the price accelerated as ETH fees began to be burned with EIP-1559 going live.  Less than 24hrs since launch, over 4000ETH have since been burned.

However, we believe that it may pay to be cautious going into the weekend.  The sentiment is strongly positive (bordering on euphoric?) in the short term for Ethereum, but the price is now reaching a potential resistance level.  It is possible that the price needs to retrace to re-test the top of the ‘W’ pattern formed on the recent run-up and spend some time ranging between $2,900 and $2,370 areas.

At the time of writing, there is widespread confusion and concern around late changes to the US Infrastructure Bill that may impact Proof-of-Stake (POS).  This could cause uncertainty in the markets towards Ethereum going into the weekend, at least until more clarity on the situation is found.

Looks like Sen Rob Portman just dropped a new amendment to the crypto section of the infra bill that leaves proof of stake miners + devs on the hook for reporting taxes as brokers. BTC miners would not count

This apparently happened out of nowhere. Seems like an attack on DeFi.

Should this FUD pass then it is likely $ETH will continue its ascent.  If so, the next major resistance level is the daily reversal candle at $3,300-$3,400.  Beyond that, the $3700-$4000 area is likely to be the main trouble spot before a new all-time-high. A correction around this level would not be out of character.  Throughout this bull run, we have seen several failed first attempts at major breakouts.

Bitcoin dominance has continued to fall over the past two weeks having been rejected off weekly resistance for the third time. 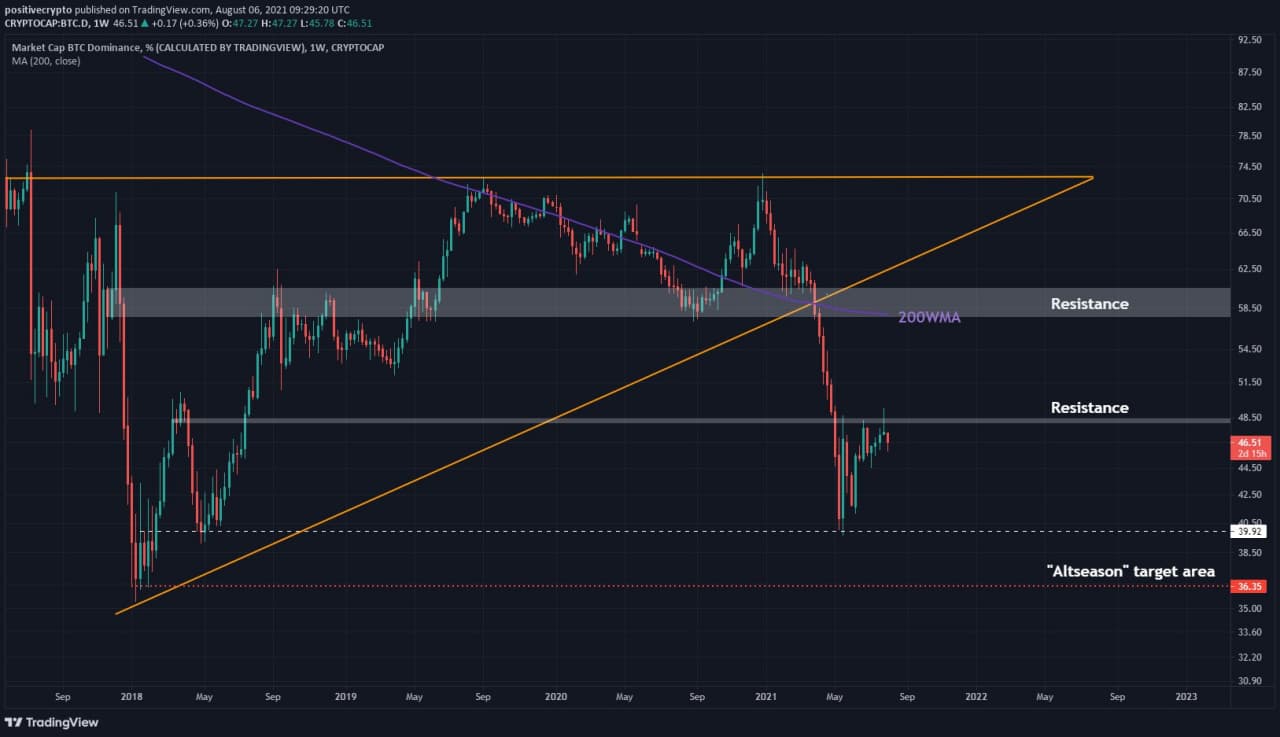 Should Bitcoin dominance climb, potentially assisted by the US bill news which in its current form would favor proof-of-work (POW) over proof-of-stake (POS), it is unlikely that weekly resistance will hold for the fourth time.  Should it break, the next major resistance is around 57% dominance where there is the confluence with the 200WMA.

However, if Ethereum can successfully navigate the US regulatory issues, then $ETH and DeFi could continue to outperform Bitcoin, forcing Bitcoin Dominance to drop.  Such a scenario could kick start a potential ‘alt season’ going into September and October.

Whether we are in the early stages of an alt season or not, The Commando Indicator has been successfully identifying winning trades across a wide range of crypto assets.  With +50 assets now listed on Commando, it has been a busy and successful couple of weeks for the indicator.

$LUNA was one of the first opportunities identified by Commando this week, triggering on Sunday.  Since then $LUNA is up +32%.

When Commando triggers there is a 78% probability of price appreciation on that asset within the next 24 hours. This week has been particularly busy as Commando has triggered on many of the selected assets during the week.  Potential opportunities are highlighted once every four hours. 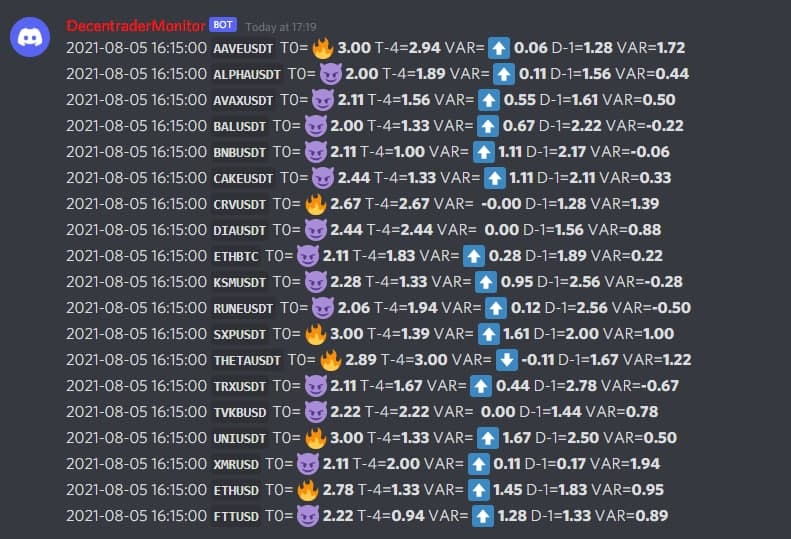 Figure 7: A snapshot of alerts for Commando subscribers showing a high number of trigger opportunities on Thursday PM this week.

So we may experience some volatility in crypto over the weekend as we wait for further clarity around the US bill that could have significant repercussions for Proof-of-Stake and Proof-of-Work.  We will be managing our risk accordingly.  Time to pay attention and grab some popcorn!