Bitcoin has continued to chop up and down as it struggles to find a meaningful trend direction this week.  There have been failed rallies in the form of short squeezes, but without a clear dominant bid, those rallies have dried up as soon as they started.

This lack of momentum from Bitcoin, coupled with the ongoing geopolitical tensions appears to be causing frustration in the markets.

At DecenTrader we are continuing to utilize the DecenTrader dashboards and algorithms to identify Alpha on a number of cryptocurrencies.  In the current market conditions, the tools continue to provide an edge, going beyond the data to show where the opportunities are in crypto.

In this week’s market update we will provide a brief high time frame context on Bitcoin and then dive into the Alpha that has been surfacing on a number of cryptocurrencies.

We note that there continues to be a strong expectation on social media of a capitulation for Bitcoin, like the one seen in March 2020.

Such a crash could take Bitcoin down towards the bottom of the logarithmic growth curve, which continues to climb and is now above $30,000 for the first time.  Beyond that lies the 200WMA, which is also climbing and now at $20,500.

While such a scenario cannot be ruled out, we note that for now at least Predator 3-day remains green and the rising trendline continues to hold:

Should we start to see major closes below the trendline and Predator turn red, we would become mid-term bearish.

Such a downturn could see a number of macro on-chain tools signal major ‘buy the dip’ opportunities, with the indicators dipping into their respective green zones.  As can be seen here with MVRV Z-score currently hovering above the green zone: 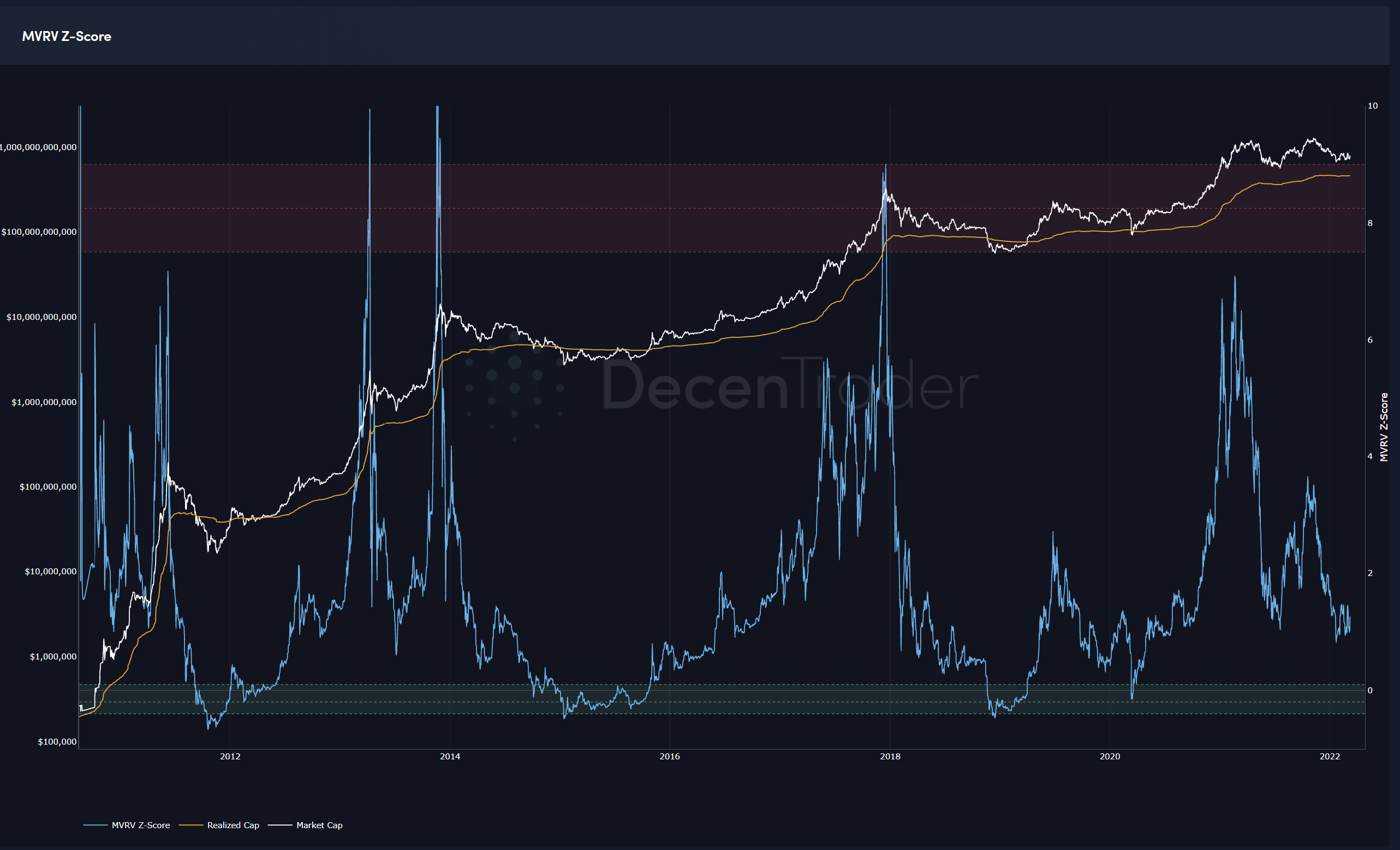 Figure 3: Will we get a capitulation event that takes MVRV Z-Score into the green BTFD zone?

It is likely such an event would be driven by the current geopolitical tensions, having a significant impact on all markets.

The DecenTrader Commando dashboard continues to cut through the noise to highlight some of the best opportunities in the market.  Privacy coins are getting a lot of attention due to the current political climate, and Commando pinpointed the start of a move for Haven (XHV) this week: 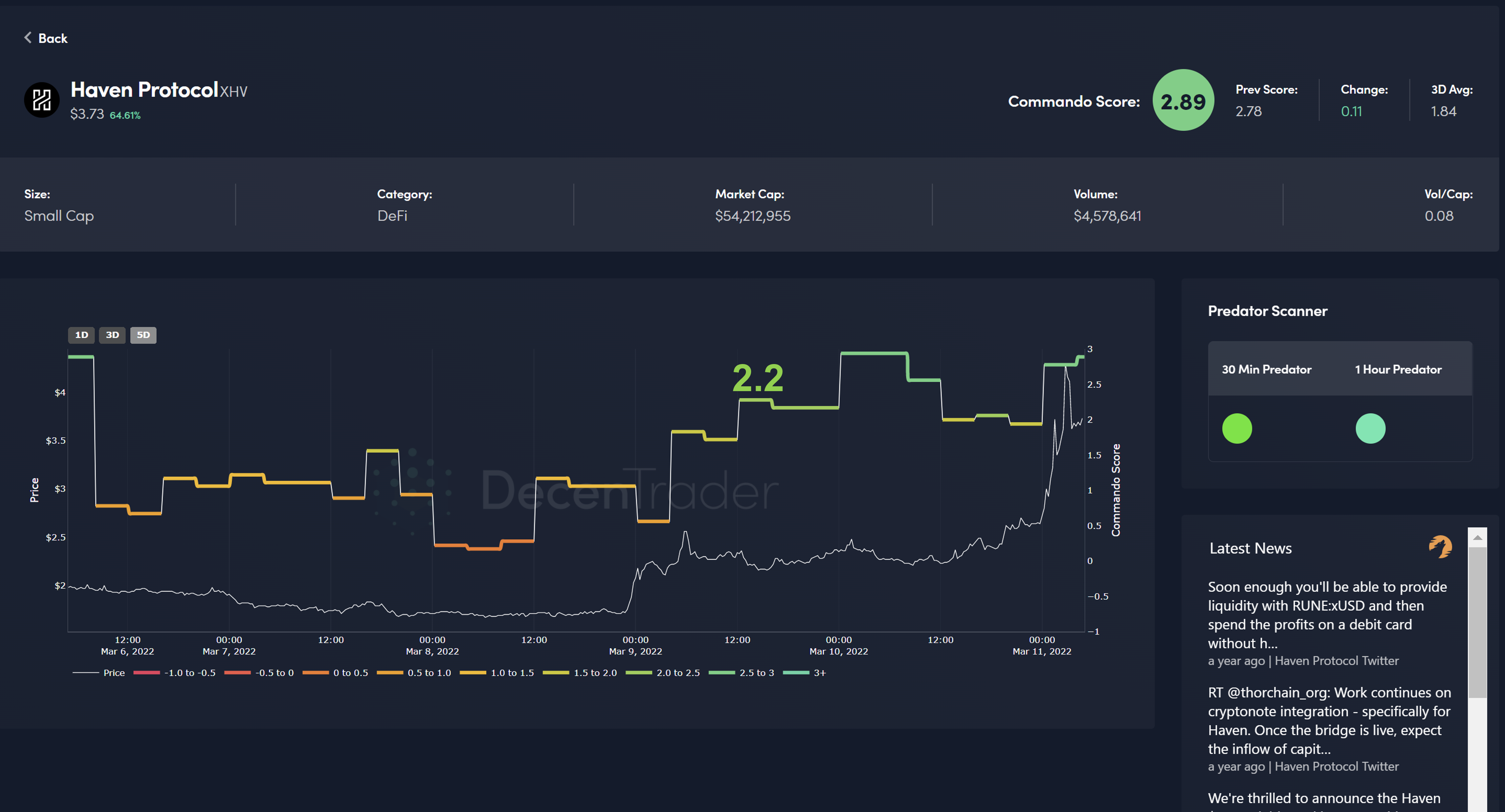 Haven (XHV) is now up +50% since the Commando print of 2.2 and a narrative around privacy coins is now emerging.

Figure 5: After the +2 Commando score Haven (XHV) has rallied hard and is now up at weekly resistance.

As demand for decentralised stablecoins continues to grow, so too has excitement around Luna.

While Luna may be one of the most talked-about projects the past week as it bucks the general downtrend, it has been a rough ride over the past 18 months for long-term holders.  The project has seen multiple +40% downturns during that time. 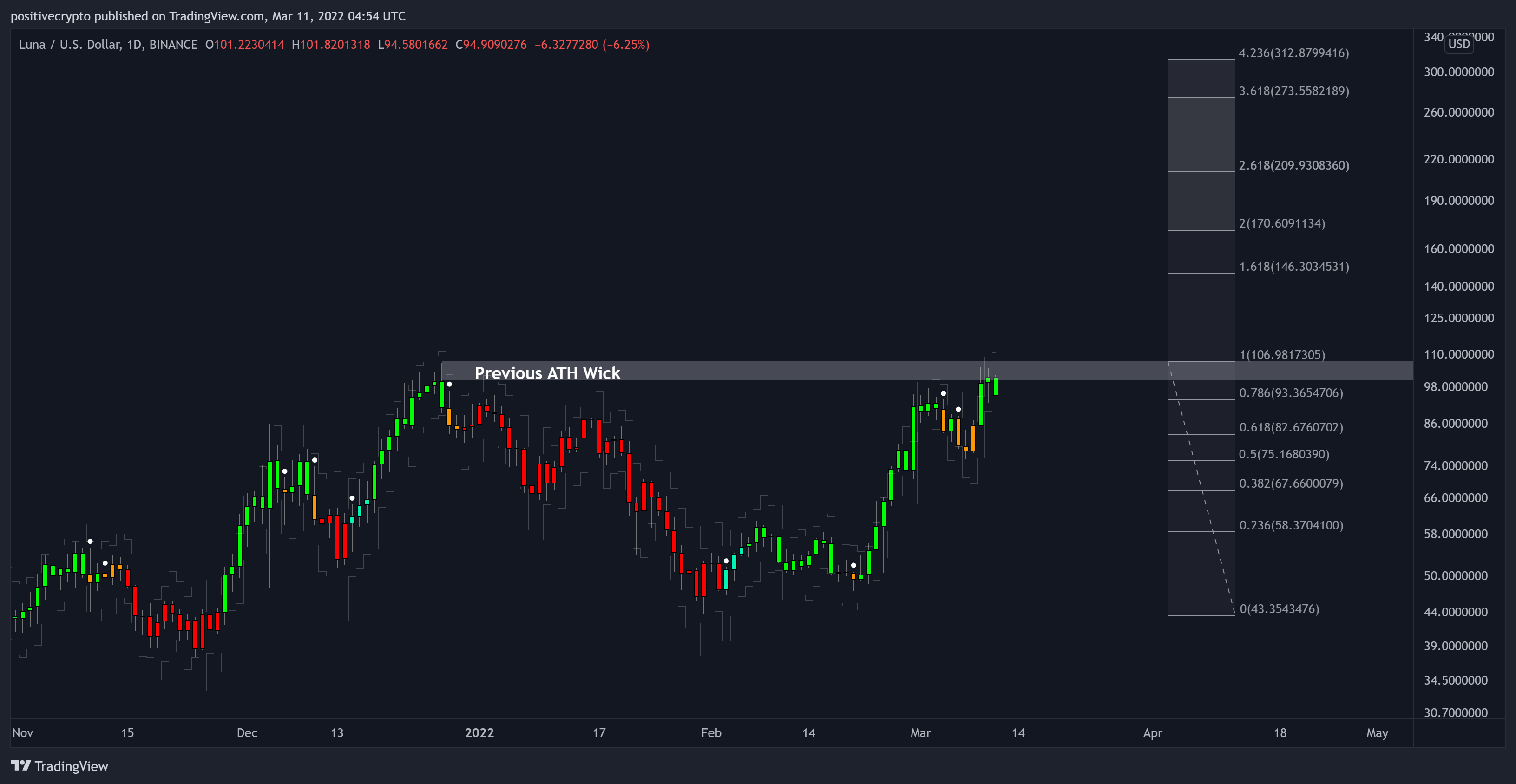 Figure 6: Luna being rejected off the previous ATH area.

At the time of writing Luna is at a tricky level.  It is currently being rejected off the previous all-time-high area and may need some time to consolidate before working up the strength to breakthrough.

Predator Thermal Vision identifies trend strength across timeframes,  and with it we note that Luna is struggling on the lower timeframes as it gets rejected at resistance, again suggesting it may need some time to consolidate sub $100.

Long term we do believe Luna has strong potential and may well rise up the fib levels shown on figure 6, rising beyond $200 during 2022.

Potential Opportunity On The HoriZEN

As we head into the weekend and review the Commando Dashboard for the latest Alpha to share with you, we note that Horizen (ZEN) is making higher lows, as well as Commando scores that are climbing back up towards the all-important 2 level. 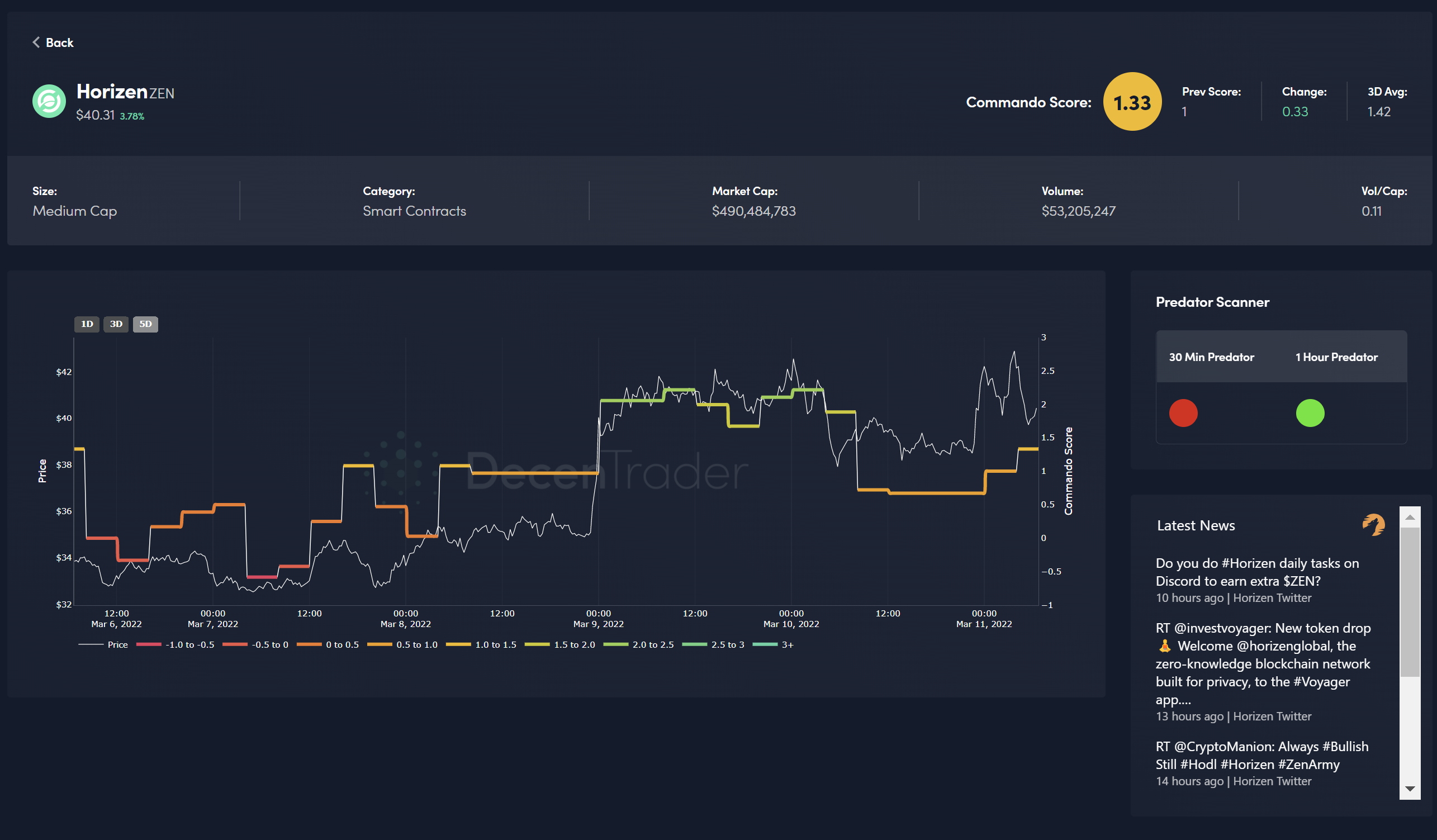 Figure 8: Horizon potentially moving towards a 2 score on Commando.

Horizon may well benefit from the current market enthusiasm around privacy projects mentioned above.  With 1hr Predator currently green, should we see the next Commando print move above a 2 score, there could be a potential trend continuation to the upside for Horizen going into the weekend.

That’s it for this week, but don’t forget to check out our trading intelligence tools at DecenTrader and we hope that you enjoy your weekend.